“The Simple Magic of Life”

This paper explores the important contribution phenomenology can make to animal ethics. The underlying assumption is that animal ethics is as strong as the conception of animal ontology it takes for granted. I contend that Peter Singer’s reductive ontology of animals as suffering beings leads him astray not least because it prevents him from opposing killing animals as a matter of principle. Other leading ethicists such as Martha Nussbaum and Tom Regan offer more nuanced accounts of animal ontology and correspondingly richer theories of justice and rights, but they do not go far enough. Nussbaum even contradicts her own theory of capabilities by also refusing to refuse killing. Marc Bekoff, Jonathan Balcombe, and other ethologists, on the other hand, do a marvellous job of filling in the gaps in our understanding of the complexity of animals’ emotional, social, and moral lives. Not surprisingly, as a result of their insights into animal ontology, they categorically reject killing animals and advocate for the total transformation of their conditions of existence. Maurice Merleau-Ponty's phenomenology of embodiment, I suggest here offers another crucial inroad into a more meaningful and robust animal ethics by illuminating the complex perceptual dimensions of animal subjectivity.

Zipporah Weisberg completed her Ph.D. in 2013 in Social and Political Thought at York University. From June 2013 to June 2015 ZW was the Abby Benjamin Postdoctoral Fellow in Animal Ethics in the Dept. of Philosophy at Queen’s University in Kingston, Ontario. She specializes in critical animal studies, critical social theory, and existentialism and phenomenology. ZW’s notable publications include, “Biotechnology as Endgame: Ontological and Ethical Collapse in the ’Biotech Century’,” (NanoEthics, March 2015), “The Trouble with Posthumanism: Bacteria are People Too” (Thinking The Unthinkable: New Readings in Critical Animal Studies, edited by John Sorenson. Toronto: Canadian Scholars Press, 2014), and “The Broken Promises of Monsters: Haraway, Animals, and the Humanist Legacy” (Journal for Critical Animal Studies, 2009). 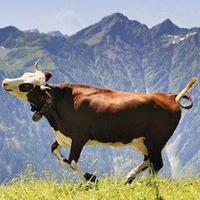