"Mutations of nature, parodies of mankind"

The increasing presence of wild animals (especially carnivores) in cities has become a concern in contemporary news stories, scientific writing, urban planning, and works of fiction. This concern seems to demonstrate that the movement, and more specifically the success, of wild animals in urban space threatens our idea of the city as an inherently unnatural, man-made environment, thereby destabilizing what distinguishes human from animal. Johanna Sinisalo’s novel Troll: A Love Story explores and exploits this instability by making the “animal” in question one from folklore, surrounding it with conflicting discourses of zoology, mythology, and sociology. Although trolls were, in the world of Sinisalo’s novel, discovered as true mammals in 1907, the text never unambiguously disproves the humanity of the troll species. In examining news articles, recent work in urban ecology, and non-fiction by journalists such as Mike Davis and Jenny Price, I will discuss how humans attempt to assert their humanity in opposition to wild animals by figuring animals in the city as monstrous or by making them into tourist attractions – both ways of remaking the animals’ existence in the city unnatural again.

Katja Jylkka is a PhD student in English at the University of California at Davis. Her research interests include environmental studies, human-animal interactions, and the supernatural in Victorian and contemporary literature. She also works as a freelance journalist on environmental and food issues. 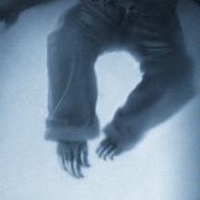