Why Animals and Religion Now?

Over the last few of years, coming on the heels of a general turn toward the animal within the humanities and social sciences, a turn toward the animal and religion has taken place. This paper seeks to highlight some of the reasons why this turn has begun to take place and why thus turn has begun to take place only now. The works of Aaron Gross and Donovan Schaefer, I contend, represent a turning point in the history of the subject of religious studies for, in their work, other (non-human) animals are considered, as possible religious agents. Here, I engage the work of G.W.F. Hegel, Jacques Derrida, Émile Durkheim, J.Z. Smith, and Georges Bataille, to demonstrate the extent to which our thinking about religion has determined who can count as a religious subject and why the relatively recent turn toward religion and animals constitutes such a significant gesture within the history of religious studies and, for that matter, within the humanities in general.

Paul Robert Matthews is a doctoral student in the philosophy of religion at Boston University and a guest researcher in the Institute for Philosophy and Sciences of Art at Leuphana University in Lüneburg, Germany. Currently, Paul works at the confluence of critical animal studies, philosophy, and religion, helping to trace the ways in which “animals” have contributed to the construction of our “modern” concept(s) of religion. His interests include German Idealism (especially, Hegel and Schelling), literary theory, and baking. 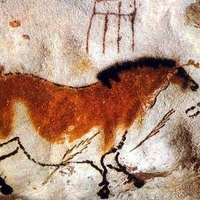