Towards a Feminist Ecology of Entangled Becomings.

Lyme Disease continues to be a complex phenomenon, medically, culturally, epistemologically. Based on a theoretical framework steeped in feminist science studies and post-human onto-epistemologies, I suggest that conventional biomedicine has failed not only practically as far as helping patients suffering from Lyme and other "emergent diseases," but also conceptually as it applies the determinist monocausal infectious disease model to Lyme. Several recent essays on autoimmunity have developed tools based on both science studies and deconstruction that pinpoint the conceptual  shortcoming of dominant immunology, which presumes a stable and antagonistic ontology of immune self and pathogenic other. The authors suggest to replace this ontology with an ecology of entangled becomings. My argument is developed by weaving together the human-centered Lyme conundrum with that of horses because Lyme seems better understood by veterinarians than human physicians. While I critically examine an important official study on equine borreliosis, conducted by Cornell University's Veterinary College, which is characterized by the typical reductionist and mechanistic approach, I nevertheless concede that it has yielded a better testing system than what is available in the human context. But ultimately, I end up making the case for an energy-medicine approach to healing rather than a biomedical "cure" through the case study of my horse Caspio, who suffers from the chronic stage of the illness, and whom I have rehabilitated over the course of nearly a decade. His etiology simultaneously blends into my own, as I move from self- to cross-species case history in this hybrid piece. Leaning on the notion of entangled ecologies developed in recent literature, which proposes to think of immune-system related illnesses as dynamic relations of becoming together, I conclude with the notion of balance —mental, immunological, and biomechanical— which I have striven to achieve with Caspio through acupuncture and the art of classical training: learning to live well with the embodiment of (at times debilitating) symptoms, rather than engaging in pharmacological warfare.

Having been raised by horses, Christian Gundermann became a scholar and teacher of cultural studies, languages, and theories to other humans. He now teaches Gender Studies at Mount Holyoke College, and specializes in Critical Animal Studies, Feminist Science Studies, and queer feminist theory. This piece is a sibling of his previous essay “Reading Bloodwork is an Art Form” (Catalyst 3.2, 2017), as both articles question scientific reductionism through the stories of two of his equine partners and their illnesses. A third piece on castration and hormones is in the making. 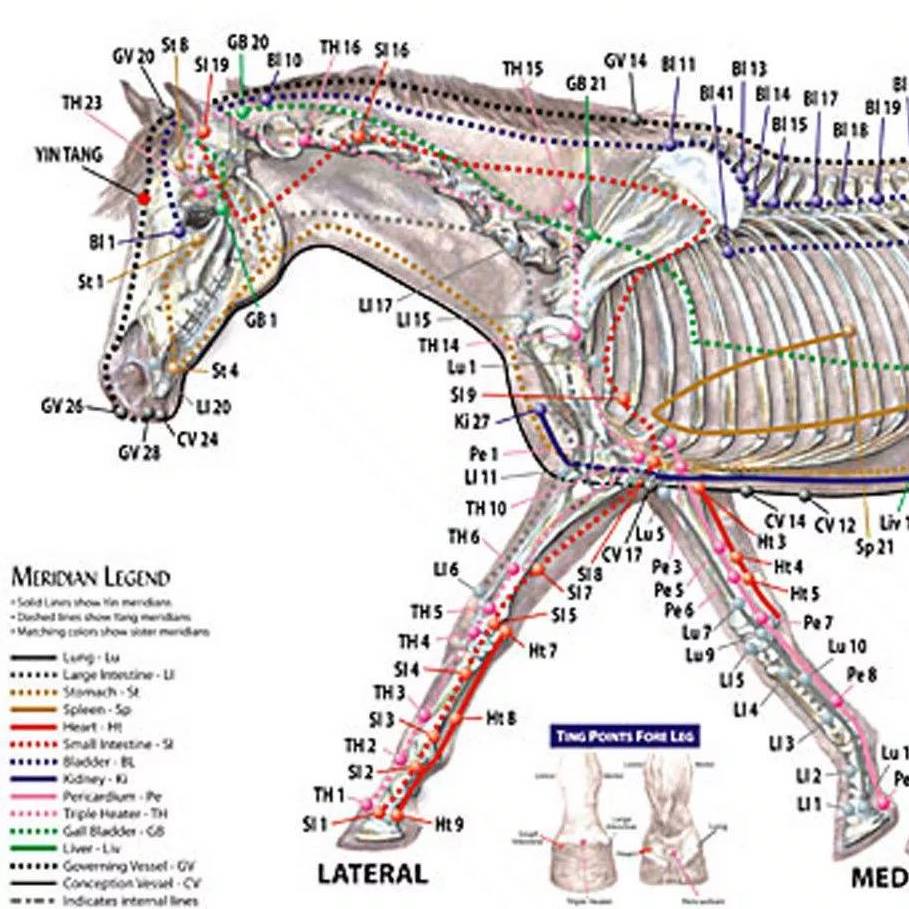