From the Dawn Chorus to the Canary Choir

Notes on the Unnatural History of Birdsong

Birdsong is familiar but enigmatic: to some nothing but mechanical “instinct,” but so excessively exuberant that enthusiasts have linked the songs of birds to the development of the aesthetic sense. Where medieval scholars once saw the origins of music in the imitation of nature, by the Enlightenment birdsong was banished in the anthropocentric definition of art. In contrast to the philosophers, this paper focusses on human intervention in birdsong, focusing on the song of the domestic canary. The canary’s “contrived” song can be understood as a partnership between humans and birds, mediated by technology. Drawing on the European history of canary keeping, in Germany and Russia in particular, we turn first to the training of songbirds. Subsequently, we consider canaries as signature nonhuman performers, in spaces ranging from the home to the stage. Finally, we consider the role of technology, specifically recording and amplification, in making the canary’s song audible to audiences at a distance. The salutary hybridization of animal–human-machine contests the longstanding condescension of philosophers towards mechanical artifice and any contamination of the free beauties of nature.

Olga Petri is a research fellow at the Geography Department, University of Cambridge, UK. She is interested in the politics and governance of the living and material world of urban environments. Her work contributes to inter-related discussions in historical and cultural animal geography, historical queer studies, and the history of late imperial Russia. She is currently undertaking postdoctoral research funded by the Leverhulme Trust and the Isaac Newton Trust under the title “Beastly St Petersburg: humans and other animals in imperial Russia” and working on her first monograph “A city of familiar strangers: a queer history of St. Petersburg.”

Philip Howell is Reader in Historical Geography at the University of Cambridge, UK. He specializes in the historical geography of animal-human relations, and has contributed to the field of animal history and animal studies with his monograph At Home and Astray: the Domestic Dog in Victorian Britain (U Virginia P, 2015) and as editor of two recent collections on animal-human history. 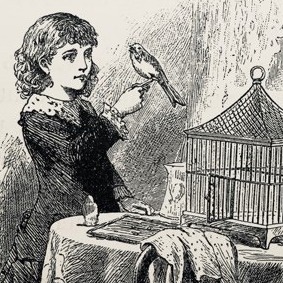